A teenage girl’s struggle with self-control and supernatural powers spells disaster for her cruel peers.

Based on the 1974 Stephen King thriller and 1976 Brian DePalma film, Carrie: The Musical has cemented its roll in history as a spine-chilling classic that turns the struggles of adolescence upside down. Enjoying a recent off-Broadway revival, King’s tale of a girl’s supernatural powers has evolved into a cult classic adored by audiences. Ephrata Performing Arts Center will present this evocative thriller at EPAC’s Sharidan Bigler Theatre. The production opens on October 15, 2015, and runs through October 31, 2015. 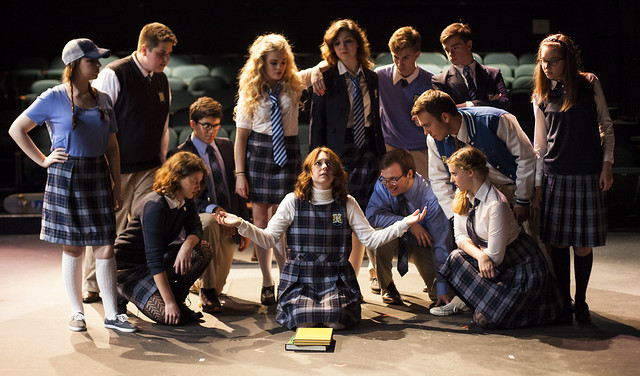 “CARRIE: THE MUSICAL is Heating Things Up at Ephrata Performing Arts Center”

Set in the fictional town of Chamberlain, Maine, Carrie follows the struggle of Carrietta White, a vulnerable teen struggling to control her telekinetic powers with no help from her cruel peers. A controlling and religiously zealous mother only exacerbates Carrie’s role as a teenage outcast. The events culminate in a famously disastrous high school prom scene in which the town of Chamberlain learns the true extent of Carrie’s supernatural abilities.

EPAC’s production will be led by Artistic Director Edward R. Fernandez. “Unlike other musicals based on horror films, Carrie is not campy or a parody, but a moving examination of being young, and feeling different,” says Fernandez. “I am hoping with this talented cast, Carrie: The Musical will not only be a fun evening that raises some goosebumps but also an emotionally moving night of musical theater,” he adds.

This thrilling fable is sure to give shivers to any fan of King’s novel. An exploration of self-control and the supernatural, Carrie will captivate any audience that can recall their tumultuous adolescent years.